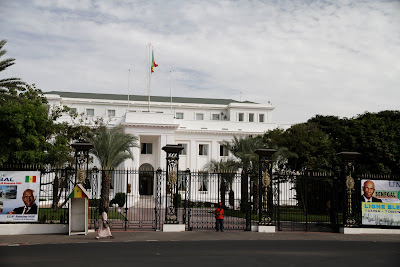 The Presidential Palace of the Republic of Sengal is located on Roume Avenue and is surrounded by sumptuous tropical garden. 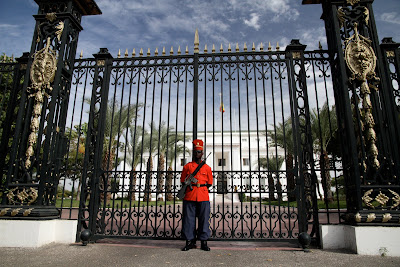 Built in 1907, for then Governor General Roume, the presidential palace stands in the middle of a beautiful park overlooking the Atlantic Ocean. 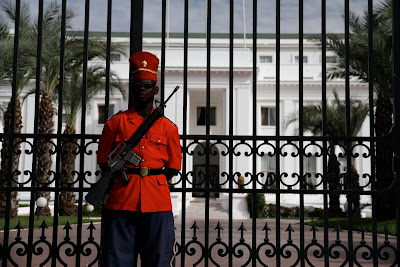 Though the Palace is not open to visitors, bystanders are fascinated by the Palace’s Red guards, dressed in traditional colonial style uniforms, who stand watch over the residence. Surrounded by a tall iron fence, visitors are strongly advised not to take pictures of the Presidential Palace without the permission of a Red Guard. 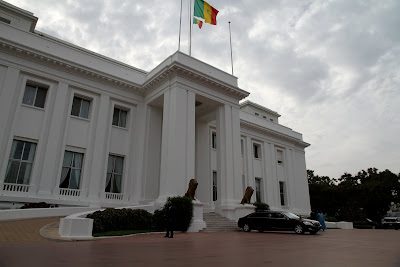 In 1967, the most important habitant of the Presidential Palace was “le president de la Republique” Leopold Sedor Senghor, the first president of the Senegal. It is now the residence and home of the current President of Senegal, Abdoulaye Wade.