Africa in the News: “Sudan: Obama Issues Tough Conditions On Resumption of Relations” 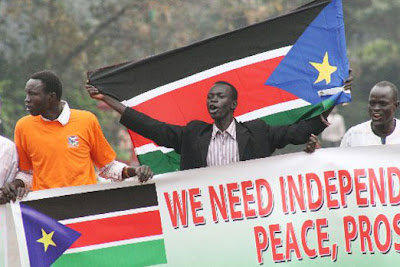 At a recent press conference, Mr. Johnny Carson, U.S. Assistant Secretary of State for African Affairs, laid out the Obama administration’s conditions to resume diplomatic relations with Sudan after the January referendum. The conditions included “the full implementation of the 2005 Comprehensive Peace Agreement (CPA), the assurance that the referendum in the south will be held on January 9 as scheduled, the commitment to reach agreement on pending issues of CPA, and a comprehensive resolution for peace in Darfur.”

On the other hand, the Sudanese government has set forth conditions as well to “ensure a democratic and legitimate referendum,” including “the US to lift economic sanctions against Sudan, the US to remove Sudan from the list of countries sponsoring terrorism and for Washington to help influence the deferment of the ICC warrant of arrest against President al-Bashir.” Resuming diplomatic relations would have to take these conditions into account.

The administration’s current policy toward Sudan of “constructive engagement” has angered many who find the actions of the Sudanese regime unpardonable. Others applaud the efforts as a positive change in U.S. strategy by being “pro-active and help prevent an outbreak of war rather than react later.” The position of the U.S. Government on the issue has consistently been that the referendum must be held peacefully, transparently, democratically and on time. We may have to wait until January to determine if the shift to engagement with the Sudanese government results in the fulfillment of this appeal.

1. Do you believe ‘constructive engagement’ will be effective in ensuring a peaceful referendum in Sudan? What do you think would be the best course of action?

2. Do you believe Sudan’s conditions will be met if the referendum goes on peacefully, democratically and on time? Do you believe they should be? What if offering them meant preventing a war?

Video of the October 22, 2010 brief on Sudan from the Foreign Press Center: http://www.youtube.com/watch?v=JjRb-0Yz8Ys&feature=channel

An article from the State Department on Sudan with a section on U.S.-Sudanese relations: http://www.state.gov/r/pa/ei/bgn/5424.htm#relations

An article on US Diplomacy in Sudan from the Council on Foreign Relations: http://www.cfr.org/publication/23063/intensifying_diplomacy_on_sudan.html

An article on U.S.-Sudan diplomacy with regard to the upcoming referendum: http://allafrica.com/stories/201009150218.html