Africa in the News

By teachafrica Africa in the News, Business and Economics, Environment
No Comments 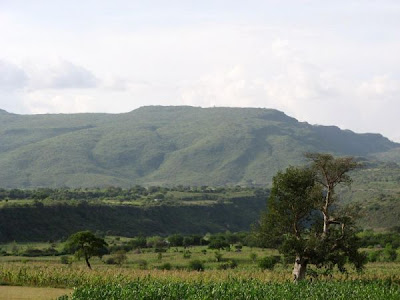 The World Bank recently bought the Ethiopia’s first ever carbon credit for $34,000 from the Humbo Community Based Forest Management Project. The deal was introduced by World Vision Ethiopia to try to shift the communities surrounding the Humbo forest from cutting trees for subsistence to profiting from its preservation. The World Bank has pledged to invest $726,000 in carbon credits from the project in the next 10 years.

This project is an example of one type of carbon trading and the “first large-scale forestry project in Africa to be registered by the United Nations (UN) under the Clean Development Mechanism of the Kyoto Protocol.” The idea behind this type of carbon trading is to offset the emissions from the developed world, by creating incentives to preserve forests which absorb carbon in the developing world. Currently these carbon credits are bought and sold voluntarily, as is the case for this project.

The $34,000 spent by the World Bank will be divided between the 800 members of the project’s cooperatives. This is said allow the local communities to preserve the forest without financial burden to themselves. The money will also provide “100,000 cooking stoves” not only a humanitarian accomplishment, but also “could reduce carbon dioxide emissions by up to 60 percent.” The project is also supplementing income lost by cutting a portion of the trees in 10 years, selling the firewood and sharing the revenues, and also allowing new shoots to grow.

As a result of this project, the Humbo forest is estimated to absorb 330,000 tons of carbon in the next ten years. Locally, the preservation of the forest will “recharge ground water; improve biodiversity; and reduce soil erosion, flooding, and drought.” The success of this project and others like it may be indicative of a growing trend in Africa to profit from preserving rather than extracting, and ultimately degrading, resources from the environment.

An article from Reuters about carbon trading and forests in Africa: http://www.reuters.com/article/idUSTRE66F2IO20100716

An article about Carbon trading with Kenya: http://www.scidev.net/en/news/kenya-hopes-to-become-africa-s-carbon-trade-hub.html

A video on carbon trading in Africa: http://www.youtube.com/watch?v=s6pHgBdBB4o

1. Do you think this arrangement is fair to the communities surrounding the Humbo forest? How might you be able to tell?

2. What role does Africa play in global climate change? What are some of the consequences of developing in an environmentally friendly way versus a more traditional way?

3. Do you think that carbon trading like this should be mandatory in some cases? In which ones?