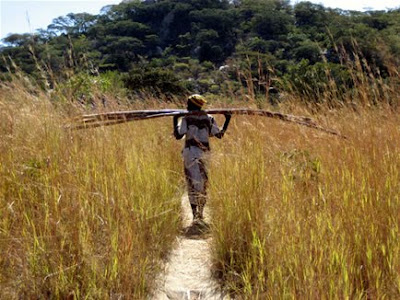 While many African cities are thriving, providing more and more people with amenities such as clean water, electricity and medical care, these strides are often not matched in rural areas. It is no wonder then why many Africans are choosing to leave their rural villages to try and find a better life. In fact a new report from the U.N. estimates that “14 million people in sub-Saharan Africa migrate from rural to urban areas every year [and] of those, 70% move into slums,” indicating that not everyone finds what they were looking for.

Programs have been set up to address this challenge, like Rural Futures, which has support from major organizations such as the U.N. and World Wildlife Fund. This organization is focusing on closing the gap between things like access to opportunity, services like water or electricity, and jobs in urban and rural areas. As it is, the continent is facing a sort of paradox, where it is necessary to foster agriculture for development yet development “has not benefited the rural world.” A possible solution, which is currently being explored by Rural Futures, is creating jobs in rural areas through supporting “rural industries and agribusiness.”

Increasing the viability of prosperous rural communities in Africa also requires special attention to recent changes in the environment. Many families and individuals are forced to leave their communities after a drought or other natural disaster which can obliterate their livelihood. However, fairly simple measures such as “introducing irrigation, insurance policies against crops failing, and drought-resistant crops” can help to reverse this trend. Initiatives which help farmers modify their traditional approaches to meet the demands of a changing climate can also significantly aid the viability of small scale farming in Africa.

Responses to this growing trend have not only stemmed from large international organizations but from grassroots as well. Seda Bawiena grew up in a rural village in Togo but, like so many, saw opportunity in the city and left as an adolescent to further his education. He returned years later to find that many other people in his community had also left the area out of necessity or a yearning for a brighter future. This influenced him to found the International Center for Agro-Pastoral Development (CIDAP) which “emphasizes community, education and sustainable agriculture.”

The organization works to enhance and “rediscover” traditional ways of farming rather than introducing totally foreign ideas. They also have established a technical institute which “teaches diploma courses in agriculture, administration and home economics,” and provides a greater sense of opportunity for young people. All of these initiatives are aimed at changing attitudes as well. They hope to explain that “going to the cities is not the only option” and that “through a different way of working the land it’s possible to live off the land and grow better food and have a better life." Improving the lives of those in rural Africa and allowing them to stay in their communities will have a long lasting and wide spread positive impact for both urban and rural Africa.

An article on rural to urban migration in Africa: http://www.globalpost.com/dispatch/study-abroad/101012/africa-unemployment-rural-migration-ghana

A video from Save the Children about the effects of severe drought on one family: http://www.youtube.com/watch?v=IoMSwJ8bCrE&feature=player_embedded

A video from Yale University about the effect of climate change on some of West Africa’s traditional rural communities: http://e360.yale.edu/feature/when_the_water_ends_africas_climate_conflicts/2331/

1. Which of the programs mentioned here do you think will be more effective, Rural Futures or CIDAP? Why?

2. What do you think is the main motivator for people in Africa who choose to move from rural to urban areas? Is it climate change, opportunity, the perception of a better life, etc.? What would it take to convince you to move away from your home?

3. What do you think is the best solution to this trend of overwhelming rural to urban migration for Africa? For a rural community? For an individual?